Will China and Russia support oil sanctions on North Korea? Experts are skeptical 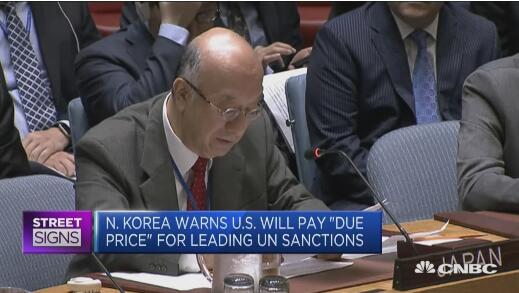 The United Nations Security Council is meeting later on Monday to vote on new sanctions on North Korea, but whether China and Russia will support an oil embargo remains in question, said experts.

The U.S. wants the Security Council to impose an oil embargo on the reclusive nation, halt its key export of textiles and subject leader Kim Jong Un to a financial and travel ban, Reuters reported, citing a draft resolution it reviewed.

A crude oil embargo on Kim's regime would cut off vital resources to Pyongyang, with the aim of forcing it to come to the negotiating table. That comes after the reclusive regimeconducted its largest-ever underground nuclear test on September 3, just days after firing a missile that flew over the northern Japanese island of Hokkaido.

Whether oil will be included in the final draft and the degree to which crude exports to North Korea will be cut will all come down to negotiations between the U.S., China and Russia, Duyeon Kim, a visiting senior fellow at Korean Peninsula Future Forum, told CNBC's "Capital Connection" on Monday.