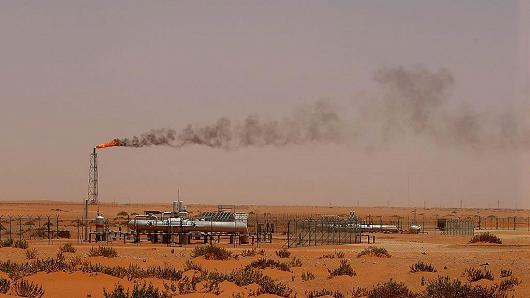 Saudi Aramco's planned initial public offering remains on track, the company said on Thursday, after Bloomberg reported that the oil company is preparing contingency plans for a possible delay by a few months into 2019.

Saudi authorities are aiming to list up to 5 percent of the world's largest oil producer on both the Saudi stock exchange in Riyadh, the Tadawul, and one or more international markets in an IPO that could raise $100 billion.

"The initial public offering of a stake in Saudi Aramco remains on track," said Aramco in an email.

"The IPO process is well under way and Saudi Aramco remains focused on ensuring that all IPO related work is completed to the very highest standards on time."

Bloomberg reported on Wednesday the Saudi government is still aiming for the IPO of the state-owned oil giant in the second half of 2018, but that the timetable is getting increasingly tight for what is likely to be the biggest share sale in history.

Aramco has still not chosen an international venue for the listing although New York and London are seen as leading contenders. It has hired advisers for the deal, but has not chosen global coordinators or book-runners, banking sources have said.

Reuters reported last month that Saudi Arabia favors New York for the main foreign listing of Aramco, even though some financial and legal advisers have recommended London, citing people familiar with the matter.

Xinxiang Kolanky locates in Henan Province, China, with years of export experience, our cementing additives were widely used in world, main products as below: oilfield cementing additives, drilling fluid additvies etc, if you have any questions, please contact us by email: info@oilfield-chem.com.