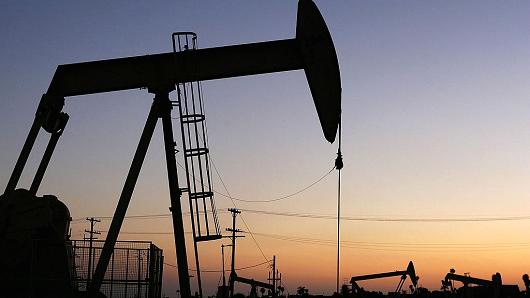 Halliburton said margins in its biggest market by sales grew "into double digits" in the quarter and CEO Jeff Miller expected margins from the region to improve.

Last week, bigger rival Schlumberger Ltd also reported strong quarterly results and said it would redeploy all of its pressure pumping fleet by early next quarter.

U.S. oil producers added 94 rigs in the three months to June 30 as shale companies have been able to profitably pump oil even as crude prices hover below $50.

Net profit attributable to Halliburton was $28 million, or 3 cents per share, in the second quarter ended June 30, compared with a loss of $3.21 billion, or $3.73 per share, a year earlier.

The year-ago quarter included a $3.5 billion charge related to the termination of the Baker Hughes deal.

Excluding items, the company earned 27 cents per share in the reported quarter, while analysts expected a profit of 18 cents, according to Thomson Reuters I/B/E/S.

Halliburton's shares were up at $45.50 in premarket trading on Monday.
--News from cnbe.com

Kolanky
To be global leader of oilfield chemicals !!