Uganda expects to start producing crude as early as 2023. 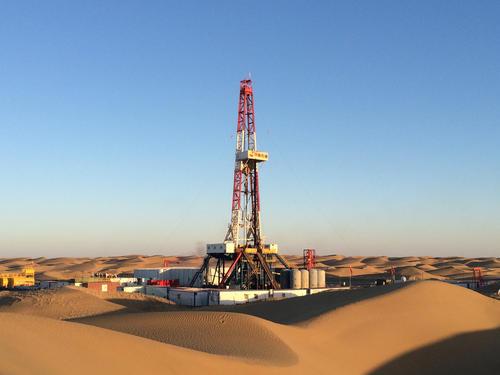 Uganda sees investors lined up for five oil blocks by the end of next year and expects to start producing crude as early as 2023.

The landlocked East African nation plans to build a pipeline to export its oil through neighboring Tanzania, Energy Minister Irene Muloni said in an interview in Dubai, where she is trying to drum up interest in the licenses Uganda is offering.

“There is a lot of money that needs to be sunk into exploration and development before you go into production,” she said on Bloomberg Television. “We hope by the end of next year, we will have new investors for these five blocks.”

Uganda has some of the biggest oil reserves in sub-Saharan Africa – 6 Bbbl – of which it has estimated 1.4 billion are recoverable. It canceled a plan in 2016 to jointly develop an export pipeline to Kenya’s coast in favor of a southern route through Tanzania.

International oil investors currently working in Uganda -- including Total SA and Tullow Oil Plc -- have committed more than $3 billion, Muloni said. The country has also held investor roadshows in London and Houston, and Muloni said she is heading next to Russia to try to promote interest there.

To export its oil, Uganda is looking to take a 15% stake in the planned 1,440-kilometer (900-mile) pipeline to Tanga on the Tanzanian coast. Tullow is considering a 10% share in the project, Tanzania may take a stake, and Total will probably share the rest, she said.