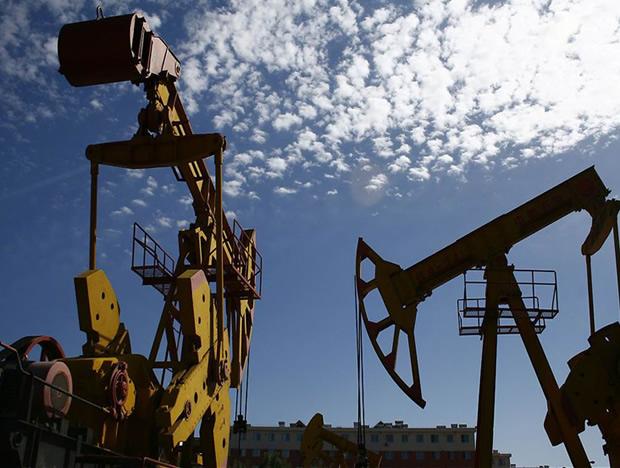 (Bloomberg) -- Big Oil had a mixed first quarter, showing continued recovery from the biggest downturn in a generation, but chinks in their armor against the onslaught of volatile markets.

The companies are still walking a tightrope between maintaining hard-won spending cuts, and giving a boost to their struggling shares by showing investors a plan for growth.

Here are a few things we learned from the latest round of earnings:

Gas emerged as the money-spinner for several companies. Shell’s net income beat even the highest analyst estimate thanks to cash earned trading the fuel. In a rare insight into its trading operations, BP told investors that its strong earnings came partly from shorting some gas contracts.

Shell sold the fuel at an average price of $5.37 per million British thermal units in the three months, an increase of 8.5 percent from a year earlier despite price benchmarks in Europe and Asia that were down anywhere from 7 percent to 27 percent.

As oil companies take short-term advantage of the gas market, they also see greater value in the fuel in a carbon-constrained future. Even the world’s biggest crude producer, Saudi Aramco, is on the hunt for a bigger gas portfolio.

The downstream business, which includes crude oil refining, fuel marketing and chemicals, typically provides a safety net for the companies during price downturns. That wasn’t the case in the first quarter, when oil futures in London and New York jumped the most in a decade.

Processing margins narrowed from the U.S. to Asia compared with the end of last year. While most companies showed some resilience, Exxon suffered a “ shocker,” losing an average of almost $3 million a day.

Refining margins are improving. Northwest Europe gasoline cracks -- the price of the fuel over crude oil -- are more than $11 a barrel this week “after languishing in negative territory” for most of the first quarter, analysts at Jefferies LLC said in a note on Friday. Lower gasoline stockpiles in the U.S. West Coast ahead of summer driving season is another factor boosting margins, they said.

Shale deals threatened to overshadow earnings, particularly in the prolific Permian Basin. Chevron is still in play to buy Anadarko Petroleum Corp., but faces a big challenge from Occidental Petroleum Corp.’s higher bid, which is backed by billionaire Warren Buffett.

Exxon and Chevron both said their Permian production could grow faster than they’ve forecast so far. BP expanded its shale position, after a $10.5 billion acquisition from BHP Group Ltd., helping boost overall output in the first quarter.

The other majors seem happy on the sidelines. Shell boss Ben van Beurden said in January that the company’s portfolio in the Permian was “a bit small,” prompting speculation about an acquisition. Chief Financial Officer Jessica Uhl clarified on Thursday that the company doesn’t need to do a deal. Total isn’t interested in buying U.S. shale assets, said CFO Patrick de La Chevardiere.

While many companies beat or matched earnings estimates, most reported lower net income, due in part to oil prices that were still lower than the first quarter of 2018 despite their rally. This keeps pressure on the majors to show they can maintain spending discipline, generate enough cash to cover dividends or buybacks, and deliver the output growth shareholders expect.

The companies’ share prices, which have lagged behind crude’s gain this year, suggest some investor skepticism. Those who “bought into the group believing in better run companies and improved financial and operating performance are frustrated over performance,” Sanford C. Bernstein analysts including Oswald Clint wrote in a report this week.

The reasons for the weaker performance may lie in the oil market itself. While Brent crude has recovered this year, rising above $75 last month, there’s concern about the sustainability of the rally. Oil investors and executives still remember the sting of late 2018, when a four-year high of almost $87 a barrel in early October was followed by a sudden slump below $50.

Ultimately, investors “do need oil prices to go up, or at least point upwards, to support the stocks,” the Bernstein analysts said.

Pre:It's A Great Time to be Investing in Offshore